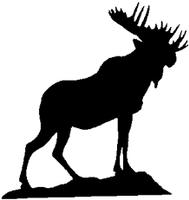 Loyal Order of Moose for men, founded in 1888 in Louisville, Kentucky; re-organized in 1906 under the leadership of future U.S. Sen. James J. Davis.

Women of the Moose, founded in 1913 as an auxiliary organization, now considered an integral unit of the Order.